Come Halloween this year, I’m going to get all dolled up like a queen.

An evil queen that is.

Snow White has been a timeless beacon of loveliness since the 19th century, but Charlize Theron’s evil queen’s exquisite beauty in the 2012 film “Snow White and the Huntsman” has got me real inspired.

When I was a little girl, I remember first reading about Snow White, the magical mirror, and the heartless queen in the Grimm’s book of fairy tales, and watching Disney’s 1937 musical adaptation of the film. As I got a little older, I was drawn to the 1997 American dark fantasy horror film “Snow White: A Tale of Terror”, featuring Sigourney Weaver as the evil queen. 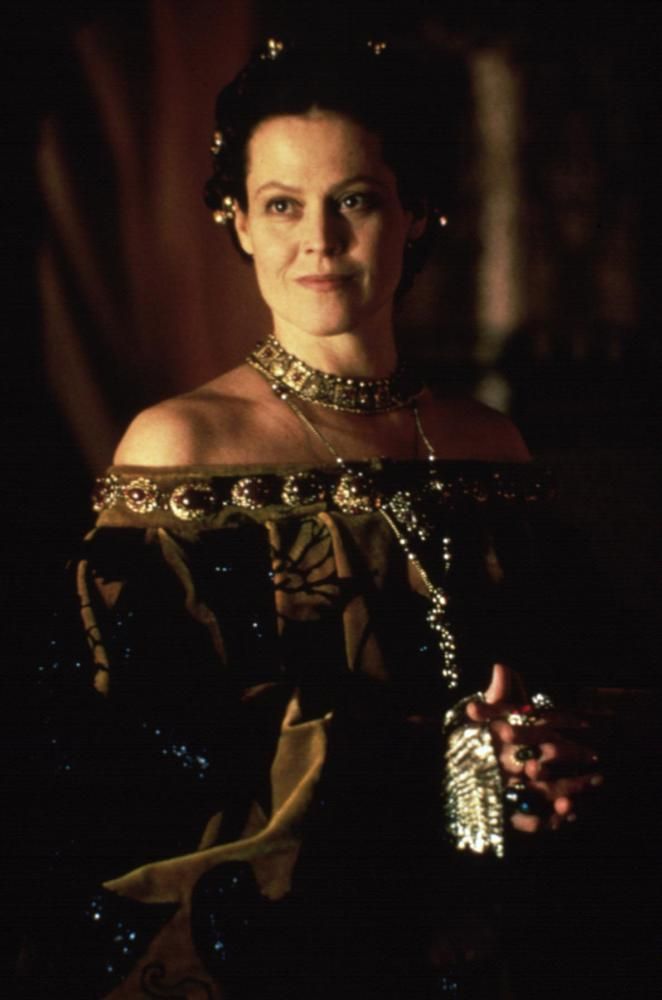 Sigourney Weaver as the evil queen in Snow White: A Tale of Terror (1992)

And then in 2001, there was the Hallmark adaptation of the fairy tale, starring Kristin Kreuk as the pretty princess, with hair as dark as ebony, skin as pale as snow, and lips as red as a rose. Despite Snow White being the star of the story, I’ve always been drawn to the evil queen and the great mystery that surrounded her. When Charlize Theron took on the role of Queen Ravenna in the two-part Huntsman series, I was hooked. She brought such brilliant charisma to the screen, and her hair and makeup in the series was nothing short of amazing.

Celebrity makeup artist Pati Dubroff created the gilded and glamorous looks on set, which progressively become more intense as Queen Ravenna started to unravel her cruel nature. Theron herself even gave Dubroff the idea of applying gold flakes onto the eyes and black blood on her lips to create a more menacing and regal appearance. The hair, headpieces and outfits were also adapted to suit the mood of the moment, with the overarching colours for Queen Ravenna being gold, bronze, black and silver.

“Watching the transformation of Charlize with the makeup on and the costume and crown was amazing. Makeup gives the actor a tool and a bridge to get into character. It helps you create a character for yourself, like a mask,” said Dubroff.

Well said Pati. Time for me to go shopping for some gold and glitter!